A brief history of advertising 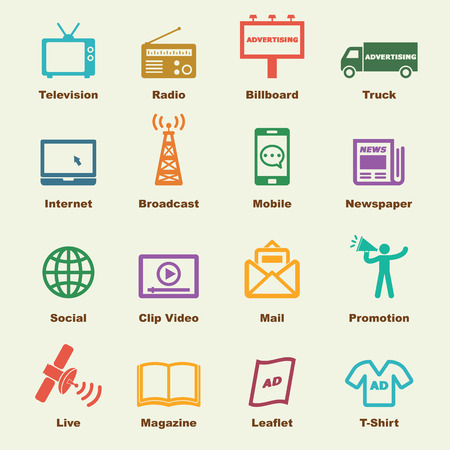 Everybody sees advertising pretty much every day but we might not know about its history and how it has evolved over the years. Advertising has been around for a long time and went through more changes than we can keep track of. One of the first forms of advertising is definitely word-of-mouth because we are social creatures. Word-of-mouth requires no special technology or standard to tell other people about things that we like or don’t like. Interestingly enough, word-of-mouth is still one of the most effective advertising methods because of its simplicity and effectiveness.

Printed ads became popular in the 17th century because they went along with the creation and rising of newspapers. Advertisements were mostly classified ads for jobs, goods, services and announcements. In the 18th century, the industrial revolution happened. Large scale manufacturing became popular and the need to market those mass products to the public became important. Advertising agencies were born to professionally create ads with the help of artists and writers. Newspapers became even more popular in the 19th century as technologies made making and distributing newspapers cheaper. Newspapers were more frequent and more widely available. With a larger audience, print ads influenced more people and advertisers understood the importance of reach and demographics.

In the later 20th century, the Internet was invented and changes in advertising really sped up. Online advertising started with classified ads and display banner ads. Early ad servers connected publishers and advertisers through direct relationships and via ad networks. Many online companies started relying on advertising as one of their revenue sources or even the only source of income. In 2000, Google launched AdWords as a way to monetize its powerful search engine. Small and simple text-based ads were displayed alongside search results. The ads were relevant to what the users were searching and that was a critical factor to the success of AdWords and online advertising in general. Before, advertising was not targeted and it served to any and all viewers. Targeting options were often very limited.

Many poorer countries and regions are still not connected to the Internet so future growth is still to come. Mobile devices are getting cheaper and mobile networks are getting faster with each new generation. 5G technology provides the required speed and bandwidth to make AR (Artificial Reality), VR (Virtual Reality), AI (Artificial Intelligence), Voice Technology and IoT (Internet of Things) mainstream. These new techs will have many new applications, including commercial applications that will benefit online advertising over the upcoming years. It is an exciting time for tech, especially ad tech.
Posted in AdServer for Advertiser AdServer for Publisher AdServer for Ad Agency AdServer for Ad Network by Watson F November 30, 2020