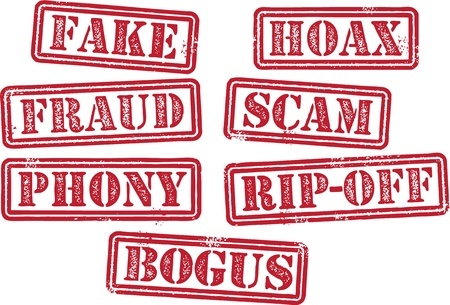 In a perfect world, you would create an online ad, run it for as long as needed, and reap the benefits in terms of sales and building an audience. The world, especially the online one, is far from perfect, though, and there are plenty of things that can go wrong with an ad campaign. Ad fraud is just one of the problems that you can run into, and it can prove to be a costly issue to deal with if you get hit hard. The good news here is that there are some relatively simple things you can do to minimize that. With that in mind, let’s take a look at some simple ways to prevent ad fraud.

Set a start and end date

If you watch TV regularly, have you noticed that certain ads play a lot before suddenly disappearing? Ads have a limited shelf life in terms of effectiveness, so always have a start and end date in mind when you create a new campaign. If you leave an ad running unchecked, it becomes more likely to become a victim of fraud. This is especially true if you frequently run new campaigns, as those old ones will soon get lost in the shuffle.

There is no point in running ads in locations where they should not be viewed. For example, why pay to advertise your services to an audience in a part of the world that you don’t serve? It is also well-known that online ad fraud is more prevalent in some places than others. We are not singling out a specific country or region here, simply stating the facts. The wider the net, the more likely it is that you will experience fraudulent activities.

Put a limit on views and/or clicks in place

Having an ad take off is considered to be a good thing, but it can also present big problems if there is no upper limit and especially when some of those numbers are not real. The more ads you have, the more difficult it is to keep track of the many ad metrics and reports. Therefore, do not stretch yourself too thin, which you can do easily by methodically putting a daily, weekly or monthly maximum limit in place so that ads do not run out of control.

Reports are more than just a way to see how your ad is performing and how it is progressing between the start and end date. They can also help you gain some valuable insight into a number of different areas. Reports also help you flag and catch potential issues, such as unusual patterns. For example, an ad suddenly spikes in views or clicks during a weekend or at a time when it is expected to slow down. Many adservers support email reports that can be automatically sent to your email on a regular interval. This is very convenient for you or your advertisers to monitor all the ad campaigns.

Know when an ad suddenly starts to hit those weird spikes that we just spoke about above like unusual high click-thru rates. You can nip ad fraud in the bud before it has a chance to become a real bigger problem. Turn on all useful alerts and notifications available to you in the ad server software. Like we said at the start, ad fraud is costly, with just a single undetected instance can potentially blow your advertising budget right out of the water. Stay on top of things by following the tips provided here and you should be just fine.
Posted in Ad Fraud by John Z January 02, 2019